Are Hashtags on Social Media Still Effective?
Back to Blog
Don't forget to check out our resources section! 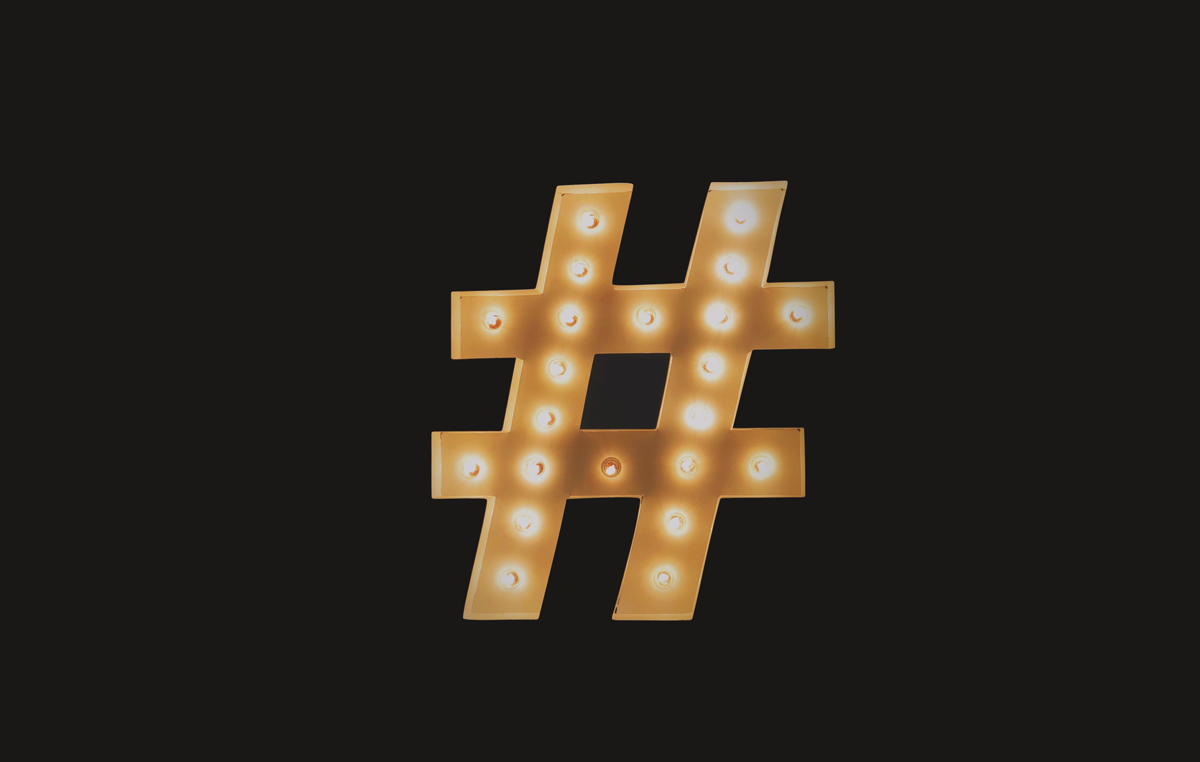 The humble pound sign of telephone yore found new life in 2007 when it was repurposed to the almighty hashtag. When incorporated with a short word or phrase, like #tacotuesday or #blessed, the hashtag is used among most major social media platforms to group individual posts into full-blown conversations.

It all started on Twitter, where trending hashtags are still used to define the trending topics of the day or bring attention to happening conversations on the platform. However, soon after its inception, the hashtag found its way to other platforms like Facebook and Instagram.

It seems that we don’t talk about the humble hashtag as much as we used to, so if you’re not as ingrained in social media as others, it’s easy to miss out on its power. In fact, it’s not too difficult to see why many may assume that it was a passing fad.

When hashtags first became all the rage, we talked about them a lot—like, a lot. It seemed that every campaign was not only trying to use hashtags, sometimes with humorous results, but they were vocalizing it as well. It seemed like every call to action in major ads had a hashtag to search.

As hashtags entered the public consciousness, it was less of something that marketers needed to push—it has now become expected as part of your marketing strategy on most social media platforms.

So, which platforms still use these little buggers and how can you properly incorporate them into your marketing campaigns? Let’s take a look at Facebook, Twitter, and Instagram for their level of effective hashtagability and some best practices.

The social media juggernaut. Facebook is an interesting beast because the conversation isn’t as social as it is on other platforms. So, while users tend to seek out hot topics on sites like Twitter, on Facebook, users largely stick to their friends feed.

Many people follow an extensive list of businesses that fit their likes and interests on Facebook, but unfortunately, they don’t often see the posts that these companies share. That’s because Facebook prioritizes what users see using a complex algorithm. Basically, it wants users to see what it thinks interests them—posts from their friends, things their friends like, those sorts of ideas—and less of what they don’t want. The name of the game on Facebook is engagement. If your posts get traction from the people who do see it, and they like and share the content, organic reach can work in your favor.

But in general, Facebook has a vested interest in well, making money. As Facebook pushed to get companies to sponsor ads, organic reach for the small fry looking to stand out in the crowd tanked.

So, with that context, let’s get back to hashtags.

Hashtags are best used on Facebook sparingly, if at all. According to a study of over one billion Facebook posts, ones without hashtags fared better.

The rule of thumb is use hashtags if you have a campaign that already uses them on other social media or if you want to join a trending conversation. Use one, maybe two maximum, and if you do use them, add them to the end of your post.

Ah, Twitter, the platform where the hashtag magic started.

So, of course you should use hashtags on Twitter. This is their home turf, after all.

Hashtags are best used on Twitter to join existing conversations. Track hashtags and keep a finger on the pulse of trending topics and use that information to determine which hashtags you select. While it’s OK to use a few, remember that your characters are limited and a lot hashtags just looks a little, well, ingenuine? Organic conversation is the name of the game on Twitter, so try to keep your posts authentic.

If your brand has its own hashtag, feel free to incorporate it, but you’ll probably want to join into other conversations on the same post, unless your brand has a lot of traction.

Instagram is a difficult social media nut to crack unless your brand is highly visual. Even then, there’s so much content on Instagram and most people don’t stray too far outside of their feed. How can you find new followers?

Hashtags are liberally used on Instagram. They are absolutely critical to building your following on the platform.

Follow the main text portion of your Instagram post with relevant hashtags related to trending conversations, your brand, or visual descriptors of the image you’ve posted. Take the time to study trending tags and common hashtags for your industry on Instagram and jump into those conversations. The more accurate your tagging is, the easier it will be for new followers to find you.

So, there you have it, the three top social media platforms and their hashtag usage. As a rule of thumb, keep hashtags to a minimum on Facebook, medium on Twitter, and feel free to be quite liberal with them on Instagram.  Most important of all, if you decide to jump into a social media conversation using a hashtag, make sure your content is relevant to the topic at hand. By leveraging your knowledge of social trends with hot topics, you can take your brands to new heights.

How to Manage Social Media Without Overloading Your Schedule