Crisis Control: 6 Positive Responses to Negativity on Social Media
Back to Blog
Don't forget to check out our resources section!

Crisis Control: How to Respond to Negativity on Social Media 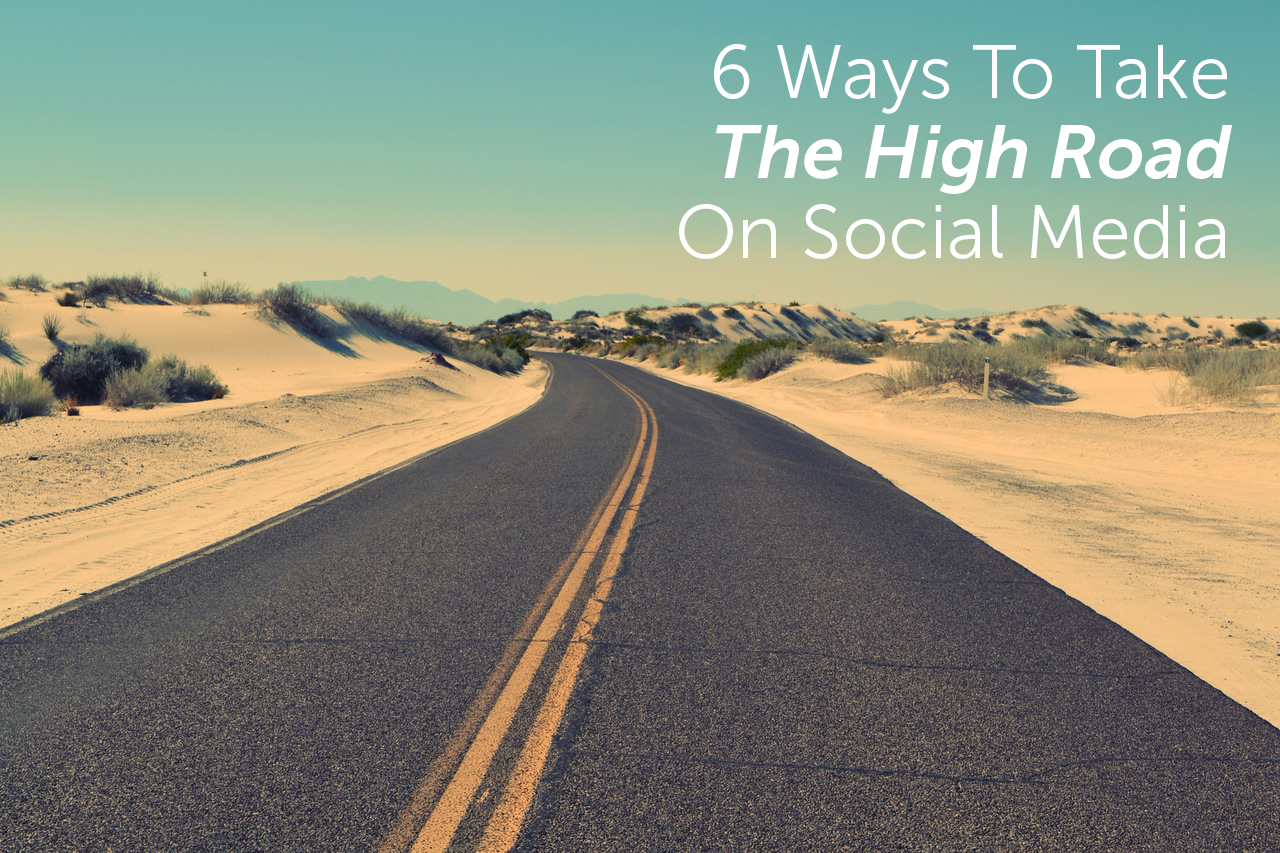 It happens to the best of businesses. A disgruntled customer takes to Twitter to vent. A competitor, hiding behind the cloak of anonymity, posts a negative review on TripAdvisor or Yelp. A former employee gripes about the company on Glassdoor.

It’s hard to get attacked on social media without reacting emotionally. But before you fire off an angry response, take a deep breath and think about the possible repercussions of an impulsive reply. There are better ways to handle it. Here are a few suggestions.

Get snipers out of hiding.

It’s easy for detractors to indulge in bad behavior on the internet, where they don’t have to give their name and they don’t have to face the person they are firing on. Instead of getting sucked into a public fight, invite them to message you directly and arrange to speak to them one-on-one—by telephone—so you can resolve the problem.  Not everyone will respond, but you will be able to send a message to other followers that you do pay attention to complaints and try to resolve them.

You probably can’t get a social site to take down a negative review or post unless it’s violating your legal rights, but the author might be willing to do so if you have gone out of your way to resolve a problem. When you’re confident a gripe has been addressed to the complainer’s satisfaction, explain that reviews are very important to your business and ask if the author would be willing to take it down.

Even if someone’s tone is harsh, it doesn’t mean his or her complaint has no merit. Pay attention to what is being said to see if your detractor has identified an area where your business could be improved. Is the comment part of a pattern of complaints or is this the only one of its kind?

Even if a nasty comment is one-of-a-kind, is there a grain of truth in that you should respond to? Many businesses that are scaling up don’t have the customer service resources in place to keep a growing client base happy. Often, the internet is the first place that the owners are alerted by customers that there is a problem.

Also consider who is doing the posting. If the complainer is a customer, is it someone who is a regular or a one-time visitor cashing in on a discount deal? Complaints from regulars may be more important to your bottom line, but it’s important to pay close attention to any negative feedback to keep your online reputation intact (and your business successful).

If someone isn’t willing to take down a negative review, you’ll need to counterbalance it with positive ones. For instance, if an employee you fired posts a scathing attack on your working conditions on a job search site, ask all of your current employees to post their own reviews. If you have, say, 15 positive reviews and one negative one, the harshest review won’t carry much weight. The further down the page you can push a negative comment or review with new content, the less likely other people are to read it.

Often when someone posts something negative about you online, you may have a strong suspicion about the culprit’s identity. Don’t give in to the temptation to speculate about that in your response. If, say, you point out that you believe the author is a former employee whom you just fired for substance abuse and people familiar with your company can identify that individual, you could open the door to legal problems (and ongoing reputation issues).

If you maintain a page on only one social media site, whatever is said there will have a bigger impact than if people can find your business across multiple platforms like Twitter, LinkedIn, Facebook, Instagram and Pinterest. It’s often difficult for a small business to operate multiple pages, time-wise, but even adding one or two social media sites to your repertoire will allow you to dilute the influence of any one hub.

It’s only natural to stew about a negative social media posting about your business, but once you’ve resolved it to the best of your ability, move on. The more you use social media in a positive way to call attention to what is great about your business, the less of an impact the occasional nasty comment will have on your overall social media presence. Many of the people who come to your site will take negative comments with a grain of salt anyway. Once you’ve done your best to resolve any legitimate complaints, so should you. You’ve got better things to think about—like growing your business.

7 Ways to Use Social Proof in Your Email Campaigns